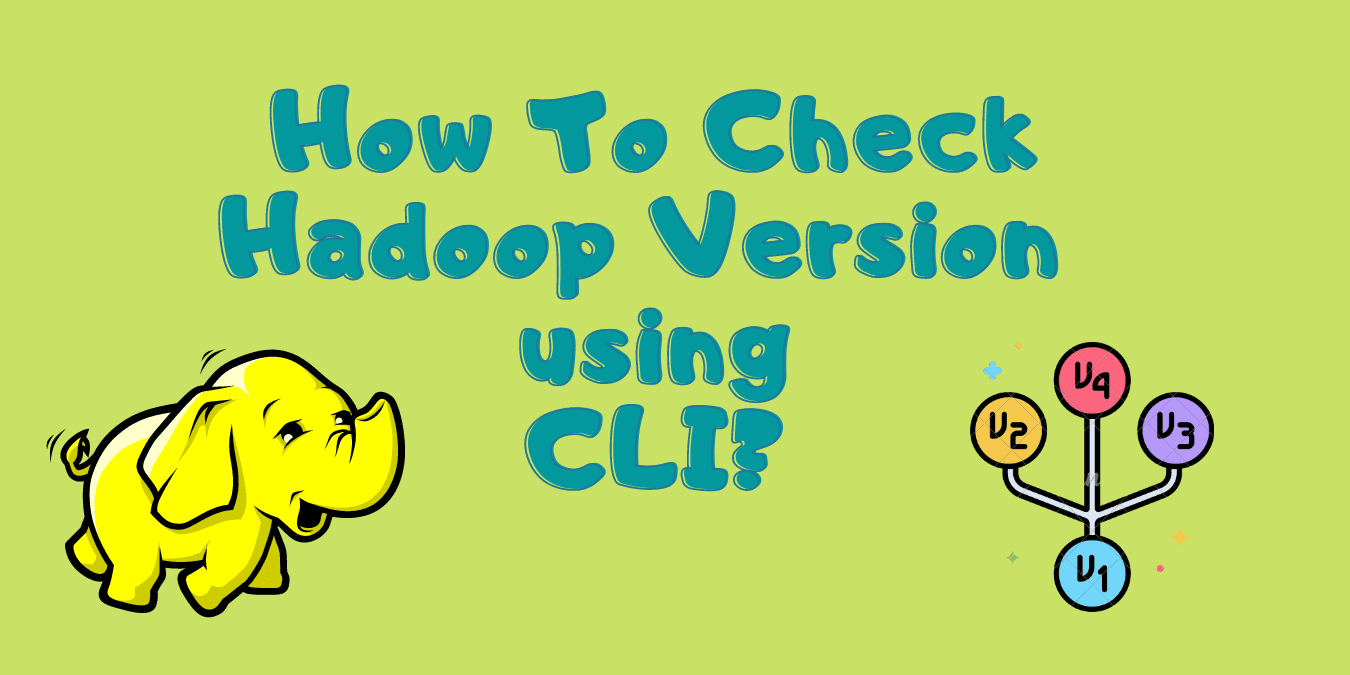 In this post I will show you how to check Hadoop version using CLI. When we create the application which will be run on the cluster we firstly must know what Hadoop version is used on our cluster to be compatible.

HDFS is a distributed file system that allows users to store large amounts of data across multiple machines in a Hadoop cluster. It is designed to be fault-tolerant, meaning that it can continue to operate even if one or more of the machines in the cluster fail.

MapReduce is a programming model that is designed to process large amounts of data in parallel across a Hadoop cluster. It is based on the idea of breaking a large data processing task into smaller chunks (map tasks) that can be distributed across the cluster and then combining the results of those tasks (reduce tasks).

Hadoop is often used for storing and processing large data sets for tasks such as search indexing, data mining, machine learning, and log processing. It is a popular choice for companies that need to handle large amounts of data and are looking for a cost-effective and scalable solution.

Here is a list of the major releases of Apache Hadoop, along with their release dates:

Note that these are the major releases of Hadoop, and that there have been numerous minor releases and point releases between each major release. You can find more information about the history of Hadoop and the various releases on the Apache Hadoop website.

The command line interface (CLI) is a means of interacting with a computer program by typing commands to it and receiving output in the form of text. It is a text-based interface that allows users to enter commands using a keyboard, rather than using a graphical user interface (GUI) with a mouse and icons.

CLIs are often used in operating systems and servers to perform tasks such as managing files, installing software, and configuring system settings. They are also commonly used in programming languages and database systems to execute commands and scripts.

To use a CLI, a user typically opens a terminal window or a command prompt and types in a command. The command is then passed to the program, which executes the command and returns the output. Some CLIs allow users to enter multiple commands on a single line, separated by semicolons or other delimiters.

CLIs can be more efficient than GUI-based interfaces for tasks that are performed frequently or that require a high level of precision. They are also often preferred by experienced users who are comfortable with typing commands and who do not need the visual cues provided by a GUI.

How To Check Hadoop Version?

To check the Hadoop version you can use command line interface (CLI).

To do this you must login to Cluster Edge Node for instance and then execute the following command on linux:

You can also use the hadoop version -full command to display more detailed information about the installed version of Hadoop, including the build date and the checksum of the source code.

Now you know how to check Hadoop version and use this information to provide correct dependency when you’re creating the applications which will be running on the cluster.

How To Install Hortonworks Sandbox With Data Platform In Microsoft Azure? – Useful Tutorial In 3 Easy Steps!