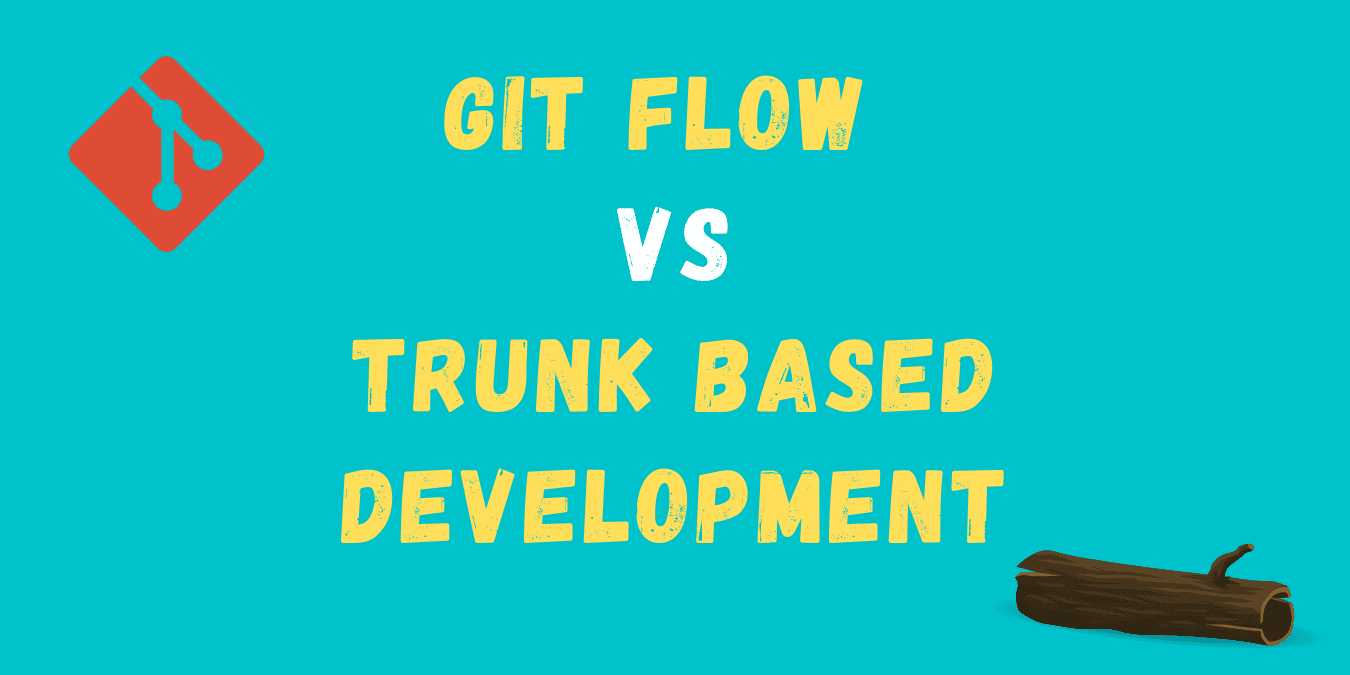 In this post I will dive into topic: Git Flow vs Trunk Based. Which one is better and which one is more convenient to use in development proces.

Developers may collaborate on code with Git by generating distinct versions of the same codebase, known as branches. Each branch may be worked on concurrently by many developers, and modifications can be merged back into the main branch, known as “master” or “trunk,” when they are complete. This enables teams to work on multiple features or bug fixes concurrently without interfering with one another.

Developers may also rollback changes, compare multiple versions of code, and examine a history of all changes made to the source with Git. This makes it simple to trace defects, determine when they were introduced, and reverse modifications as needed.

Furthermore, because Git is a distributed version control system, each developer has a local copy of the complete codebase and its history, allowing them to work offline and contribute to their own repository. This allows developers to operate remotely or in disconnected situations with ease.

GitHub is a prominent Git hosting platform that offers a web-based interface for developers to collaborate, distribute, and manage their code. Similar capability is provided by other systems such as GitLab, Bitbucket, and Azure DevOps.

Git Flow is a Git, a distributed version control system, branching model. Vincent Driessen developed it as an addition to the Git branching paradigm, and it has since become a popular method of managing software development projects.

By adhering to these procedures, developers may collaborate more effectively while still maintaining a uniform and structured codebase.

Please find who the Git Flow diagram looks like:

Trunk-based development is a method of developing software that emphasises the usage of a single primary development branch, commonly known as the trunk or master branch. All developers work on the trunk under this manner, committing their changes directly to it and integrating modifications from other developers on a regular basis. In contrast, more complicated branching models, such as Git Flow, employ many branches for distinct phases of development.

Trunk-based development is intended to be simple, quick, and simple to comprehend. It encourages developers to commit early and frequently, as well as to settle issues as they arise. This reduces the likelihood of integration difficulties and makes it easier to recover from errors. It also enables faster feedback, less code review, and fewer merge conflicts.

Git Flow vs Trunk Based

Git Flow and Trunk-based development are two ways to branch management in a Git repository. Both have their own set of benefits and drawbacks.

In terms of the number of development team members, Git Flow can be useful in bigger teams since it provides a clear and defined approach for managing different sorts of branches and aids in the maintenance of a consistent and ordered codebase. This enables numerous developers to work on various features or bug fixes concurrently without interfering with one another. Furthermore, properly separating development, testing, and production code helps to minimise integration difficulties and promotes release predictability.

Trunk-based development, on the other hand, is better suited for smaller teams or teams where developers are expected to work alone and assume complete ownership of their code. It encourages developers to commit early and frequently, as well as to address disputes as they emerge, lowering the chance of integration difficulties and making it simpler to recover from mistakes. It also enables faster feedback, less code review, and fewer merge conflicts.

It’s also worth noting that some teams may choose for a hybrid strategy, using the best practises from both models and tailoring them to their own goals and limits. For example, for small projects, use trunk-based development and Git Flow for bigger projects.

Finally, the decision between GF and TB development is dictated by the unique demands and limits of your team and project. Both techniques have been used effectively in different circumstances, and the ideal strategy will rely on aspects such as team size and structure, codebase complexity, and project specific requirements.

Overall, Git is a robust and adaptable platform that allows developers to collaborate more efficiently and effectively, and it has become an indispensable tool for modern software development.