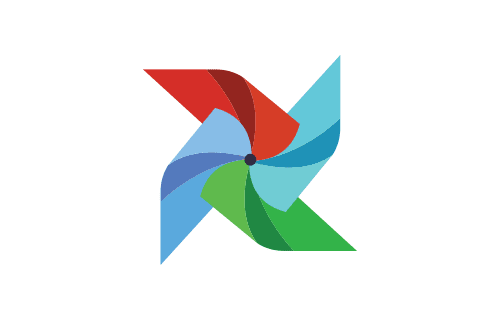 Apache Airflow is a software which you can easily use to schedule and monitor your workflows. [ Apache Airflow Short introduction and simple DAG ]. It’s written in Python. As each software Airflow also consist of concepts which describes main and atomic functionalities.

Apache Airflow is a platform to programmatically author, schedule, and monitor workflows. It is an open-source project that allows users to define and execute workflows as directed acyclic graphs (DAGs) of tasks.

Airflow was developed as a solution for ETL (extract, transform, load) pipelines and has since grown to support a wide variety of use cases such as data pipelines, machine learning workflows, and many others.

Here are some key features of Apache Airflow:

Please find the list of some available Operators in version 2.2.5 of Airflow:

Apache Airflow is a distributed platform for programmatically authoring, scheduling, and monitoring workflows. It consists of several components that work together to provide a complete workflow management solution.

Here is a high-level overview of the main components of the Apache Airflow architecture:

Overall, the Apache Airflow architecture is designed to be flexible and scalable, allowing it to handle a wide range of workloads and use cases.

In Apache Airflow, a deferrable operator is an operator that can be configured to delay its execution until a specified time or until a certain condition is met. This allows you to build more flexible and dynamic workflows.

There are two main types of deferrable operators in Airflow:

As our exercise we will create DAG with two BashOperator tasks. Both of them will print the message to console.

First of all, we have to create the new python file in AIRFLOW_HOME/dags directory. The Airflow scheduler monitors this folder in interval of time and after few seconds you are able to see your DAG in Airflow UI.

In my case AIRFLOW_HOME=/home/pawel/airflow => It determines that my dags I need to upload into /home/pawel/airflow/dags folder. Below you can find DAG implementation. I saved it into simple-dag.py file in dags directory. (Apache Airflow Short introduction and simple DAG)

In configuration file: (AIRFLOW_HOMEairflow.cfg) you can fine the “endpoint_url” parameter. As default it is set to: http://localhost:8080. If you are running your Airflow service on your local machine you should be able to open this url in your browser. In case when you have Airflow installed on remote host machine I recommend you change the “localhost” to public IP of your Airflow host. Additionally please change “base_url” parameter as well. (Apache Airflow Short introduction and simple DAG )

You should be able to see our created DAG in Airflow UI as below in the picture. I have already launched it and it’s a reason why you can see “On” button with dark green background. When you trigger your DAG you should be able to see that in the “Recent Tasks” section are created new task which are going through each status of task (in case of succeeded scenario of course): (Apache Airflow Short introduction and simple DAG )

“DAG Runs” section represents information about all running of DAGs on DAG level instead of “Recent task” which shows only the status of recent tasks of recent DAG as the name suggests :). (the DAG is a container for task/tasks).

Let’s open the succeeded run of DAG and see the logs of each task. In below image was presented the “Graph view” of our DAG. It is very useful when you would like to verify whether you task in DAG are in a correct order of execution and see the execution status of each task. In case of failure you will see that, for example “task_2” will be marked as yellow (when the task status will be set to “up_for_retry”) or red in case of failed.

Here you can easily go to the logs of each task, just click left button on selected task you will see the modal dialog with many options. One of them is button “Logs”. (Apache Airflow Short introduction and simple DAG )

After this post you should be able to create, run and debug the simple DAG in Airflow.

Apache Airflow is a powerful tool to orchestrate workflows in the projects and organizations. Despite it is still in Apache Incubator Airflow is used by many “Big Players” in IT world. (Apache Airflow Short introduction and simple DAG )