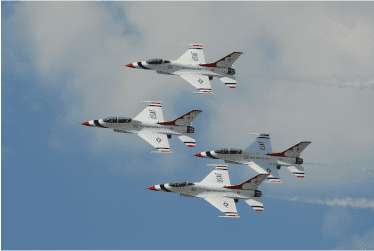 In this post we will look at: Airflow Parallel Tasks topic. At the beginning of your journey with Apache Airflow I suppose that you encountered situation when you created multiple DAGs with some tasks inside and when you run all workflows in the same time you observed that independent tasks from independent DAGs are run sequentially, NOT parallel as you assumed that should be.

It’s related to default Airflow configuration. In the config file you can find the “executor” parameter, which default value is: SequentialExecutor. In the next steps I will show you how to configure you Airflow instance to manage parallel mode.

Before we will install Airflow, please install missing libraries for MySQL client:

Now we can install Apache Airflow with additional feature [mysql]. It will allow us to use mysql database as an Airflow storage.

During installation you run the command, which created the SQLite database in AIRFLOW_HOME directory which allows user start journey with Airflow. Of course, it is correct way. You must have the point of start.

How To Configure Airflow To Manage Parallel Execution?

First, you must have new storage for Airflow metadata. In our case I will use mysql database. In this scenario I have already installed mysql database in the same machine as Airflow, but you can of course use another one which you have instantiated connectivity from Airflow host (Airflow Parallel Tasks).

If you don’t have already installed mysql database let’s install it using my tutorial: How to install MySQL database on Ubuntu 18.04?

Now create new use and grant all privileges to Airflow database for Airflow user:

If you don’t know how to create own Fernet key please follow this tutorial: Airflow: create Fernet key.

Replace existing value using new one created by you.

Airflow relies on more strict ANSI SQL settings for mysql in order to have sane defaults. In this case we must specify explicit_defaults_for_timestamp=1in your my.cnf under [mysqld]. (Airflow Parallel Tasks).

Check what is the current PID for Airflow-WebServer.

-D – parameter brings Airflow webserver and scheduler up and running as services.

In Apache Airflow, you can control the level of parallelism of your tasks by using the concurrency and parallelism parameters in your DAG definition.

The concurrency parameter specifies the maximum number of tasks that can run concurrently within a single DAG. This can be useful for limiting the resources used by your tasks, or for avoiding conflicts between tasks that need to access the same resources.

The parallelism parameter specifies the maximum number of tasks that can run concurrently within a single execution instance of your DAG. This can be useful for scaling the execution of your tasks to take advantage of multiple workers or resources.

Here’s an example of how you might set the concurrency and parallelism parameters in your DAG definition:

Keep in mind that these parameters are only suggestions

That’s all about Airflow Parallel Tasks! 🙂