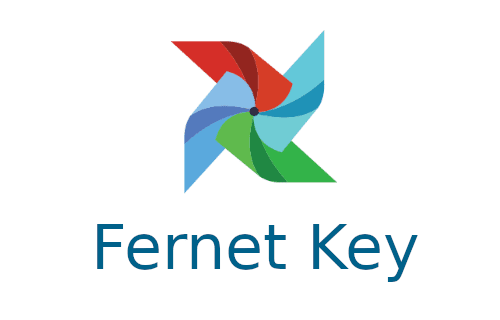 In this short tutorial we will discuss topic: Apache Airflow How to create Fernet key Python.

Fernet is a symmetric encryption method that is used in Apache Airflow to secure sensitive data, such as passwords and API keys. It uses a combination of a secret key, a timestamp, and a cryptographic signature to ensure that the data is secure and cannot be modified or tampered with.

In Apache Airflow, Fernet is used to encrypt and decrypt secrets that are stored in the Airflow metadata database. When a secret is added to the database, it is encrypted using Fernet and a secret key that is generated when Airflow is installed. When the secret is needed, it is decrypted using the same secret key.

Fernet is a secure and reliable encryption method that is widely used in various applications and systems. It is part of the cryptography library in Python and is easy to use and integrate into applications.

To use Fernet in Apache Airflow, you will need to generate a secret key and configure Airflow to use it. You can then use the Airflow CLI or the Airflow API to encrypt and decrypt secrets as needed.

Symmetric encryption is a type of encryption where the same key is used to encrypt and decrypt the data. It is a fast and efficient method of encryption that is commonly used to protect data in transit, such as when sending an email or messaging over the internet.

There are several algorithms that can be used for symmetric encryption, including AES, DES, and Blowfish. The strength of the encryption depends on the length and complexity of the key, as well as the algorithm used. It is important to keep the key secret and secure, as anyone who has access to the key will be able to decrypt the message.

Fernet is used by Airflow to encrypt passwords in the connection and variable configurations. It ensures that a password encrypted using it can’t be read or manipulated without the key. Fernet is a symmetric (sometimes known as “secret key”) authenticated cryptography system.

Install cryptography if is missing in Apache Airflow

I hope it helped you and now the topic: Arflow Fernet Key is clear for you!

Apache Airflow (or simply Airflow) is a platform to programmatically author, schedule, and monitor workflows. When workflows are defined as code, they become more maintainable, versionable, testable, and collaborative.

Use Airflow to author workflows as directed acyclic graphs (DAGs) of tasks. The Airflow scheduler executes your tasks on an array of workers while following the specified dependencies. Rich command line utilities make performing complex surgeries on DAGs a snap. The rich user interface makes it easy to visualize pipelines running in production, monitor progress, and troubleshoot issues when needed.

Airflow works best with workflows that are mostly static and slowly changing. When the DAG structure is similar from one run to the next, it clarifies the unit of work and continuity. Other similar projects include Luigi, Oozie and Azkaban.

Airflow is commonly used to process data, but has the opinion that tasks should ideally be idempotent (i.e., results of the task will be the same, and will not create duplicated data in a destination system), and should not pass large quantities of data from one task to the next (though tasks can pass metadata using Airflow’s Xcom feature). For high-volume, data-intensive tasks, a best practice is to delegate to external services specializing in that type of work.

Airflow is not a streaming solution, but it is often used to process real-time data, pulling data off streams in batches.